Unchained from fate, the Norse gods Loki and Hel are ready to unleash Ragnarok, a.k.a. the Apocalypse, upon the earth. They’ve made allies on the darker side of many pantheons, and there’s a globe-spanning battle brewing that ancient Druid Atticus O’Sullivan will be hard-pressed to survive, much less win.

Granuaile MacTiernan must join immortals Sun Wukong and Erlang Shen in a fight against the Yama Kings in Taiwan, but she discovers that the stakes are much higher than she thought.

Meanwhile, Archdruid Owen Kennedy must put out both literal and metaphorical fires from Bavaria to Peru to keep the world safe for his apprentices and the future of Druidry.

And Atticus recruits the aid of a tyromancer, an Indian witch, and a trickster god in hopes that they’ll give him just enough leverage to both save Gaia and see another sunrise. There is a hound named Oberon who deserves a snack, after all.

“Ragnarok will begin in the next few days, and it won’t end well for anyone, because apocalypses tend not to include happy endings.”

Owen’s plot started out so, so damn good, but by the end of this book I was so damn done with him. How does he go from the one person to not take Atticus’ shit to the dude spending the entire damn book making friends with a sloth? Why was it necessary for me to read this? Why did I spend so much time reading this perspective?! It didn’t even have a good ending to his story!

At first I was ambivalent to Granuaile, figured eventually she would become her own character. Unfortunately, I really came to absolutely hate her. She is so damn wrapped up in her own ego it is infuriating. She spends much of her time in battle philosophizing about who she wants to be as a person. Unfortunately, she decides to be a bitch. This sums it up perfectly, really.

This is not about Taiwan. I’ve certainly not been sent to save it, because it’s in perfectly capable hands. This is about whether I can step outside my own exquisite narcissism and serve a greater cause. This is about my field of vision. About my judgment. About how someone obviously felt I wasn’t able to judge for myself where my talents would best serve Gaia, so I was sent here to be safe—oh, my. That’s it!
I’ve been packed off on a milk run, faced with just enough danger to make me feel like it was something real.
…
There’s a fight going on in Sweden, and once I get there, I don’t know if I’ll go after Loki or Atticus first. 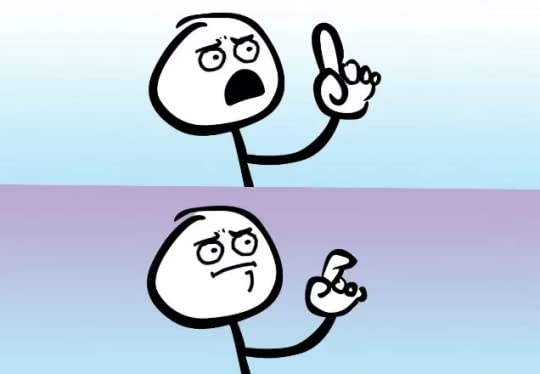 Yeah, the middle of Ragnarok, perfect time to deal with your ego, bitch.

In a twist of fate I didn’t expect to have when starting this series, the only one I gave a shit about was Atticus. He demonstrated real, definable character growth throughout the series. He deserves a lot of shit handed down to him for his actions, I’ll grant. However, it has been demonstrated throughout the book that he was basically goaded or maneuvered into it all, yet everyone blames him. He spends much of the book on battlefields with enemies on all sides, even his allies. Atticus even says at one point “Of course it is. Everything’s my fault.”

The battles were so incredibly boring, too, both the main battle and the side skirmishes. Everything is taken care of with essentially a wave of a hand instead of taking the time to properly deal with them. Basically: Oh look over here, something interesting is happening! Oh, wait, nope it is over without a fight.

Hearne has always had a habit of getting sidetracked from the main plot, but most of this book was sidetracked plot. For the final book in a series that promised a climactic Ragnarok, it really did disappoint.

To read more reviews for this series, check out the Iron Druid Chronicles series page!