I’m cheating a little bit, because I’m including series titles, and the titles of entire series that impress me.

1. The Girl Who Could Move Sh*t With Her Mind by Jackson Ford. I feel like this one is self-explanatory. Look at it! And it describes the book exactly. The sequel’s title is “Random Sh*t Flying Through the Air”. Can’t wait.

2. The Ten Thousand Doors of January by Alix E. Harrow. This is a title that means more and more the further you read. The title is as beautiful as the book was.

3. Theirs Not to Reason Why by Jean Johnson. Not only do I love this series, I love the title the series has. It is a line from a rather well known poem, The Charge of the Light Brigade by Lord Tennyson Alfred, full poem here. There is so much emotion in me when I read this stanza after reading the series:

“Forward, the Light Brigade!”
Was there a man dismayed?
Not though the soldier knew
Someone had blundered.
Theirs not to make reply,
Theirs not to reason why,
Theirs but to do and die.
Into the valley of Death
Rode the six hundred.

4. The Hum and the Shiver by Alex Bledsoe. For no real reason, the title just makes me hum and shiver. And also it kinda sounds like sex.

5. Terra Ignota by Ada Palmer. This series has so many levels of extraordinary built

into the titles. There is the series title, which I didn’t even know was a real term until I got to the end and looked it up – and it described exactly what was happening in the series without actually telling you. There are the book titles, which only make sense when you get deep into the story: Too Like the Lightning, Seven Surrenders, The Will to Battle. My reviews start next week and god do I hope you read the series. Everything about it is extraordinary, including the titles.

6. Dowser by Meghan Ciana Doidge. I really love the cadence of the titles in this series. They just flow really well. Plus, the series has cupcakes. That’s a win.

7. The Secret McQueen series by Sierra Dean and other series that shoehorn in the main character’s name in to the title. It is always extraordinarily ridiculous to me, when this happens. Yet I read I always end up reading them.

8. Seanan McGuire. I really love so many Seanan McGuire titles. She seems to go into extraordinary effort for the October Daye titles in particular, since all of them are named for phrases in William Shakespeare plays.

October Daye: Seanan McGuire’s FAQ lists them all here. And they all fit in with the what the story is about. My favourites are Rosemary and Rue, The Winter Long, and The Unkindest Tide. So far!

InCryptid: The titles are just as fun as the series itself is, with titles like Discount Armageddon and Midnight Blue-Light Special.

Wayward Children: Every Heart a Doorway will always strike a chord in me as a title. It’s so good. All of these titles are extraordinary: Down Among the Sticks and Bones, Beneath the Sugar Sky, In an Absent Dream, and Come Tumbling Down. I just love this series and the titles and the covers.

9. Go Tell the Bees That I Am Gone by Diana Gabaldon. I have never felt fear from just a book title before I read this extraordinary title in the Outlander series. It has yet to be released, I don’t know what it means yet, and I have so many fears. And everytime I see it, looking for a release date, it makes me fear the book just a little more. Written in My Own Heart’s Blood was a fun title to read, either. It is amazing how much these titles make me think.

10. Series with One Word Titles that Explain It All: I love when authors manage one word titles that describe the feeling of the book. I am amazed every time I read one that it happens! It’s magic. 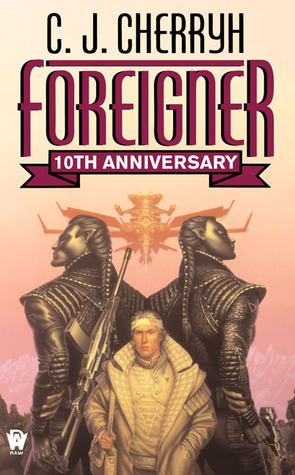