For a young woman in medieval Russia, the choices are stark: marriage or a life in a convent. Vasya will choose a third way: magic…

The court of the Grand Prince of Moscow is plagued by power struggles and rumours of unrest. Meanwhile bandits roam the countryside, burning the villages and kidnapping its daughters. Setting out to defeat the raiders, the Prince and his trusted companion come across a young man riding a magnificent horse.

Only Sasha, a priest with a warrior’s training, recognises this ‘boy’ as his younger sister, thought to be dead or a witch by her village. But when Vasya proves herself in battle, riding with remarkable skill and inexplicable power, Sasha realises he must keep her secret as she may be the only way to save the city from threats both human and fantastical…

“You cannot take vengeance on a whole people because of the doings of a few wicked men.”

I feel like I’m bucking a very big trend amongst my friends but… I did not like this book. I disliked the main character. I hated all the side characters. I didn’t like the way the story went. I just did not like this.

I’m not certain the main character made a single decision in this book that didn’t backfire on her. And I hated it, because almost invariably it was her own fault. It is definitely because of the society she lives in, because she is self empowered woman in a time when women were little more than baby makers and property. However, she doesn’t have a single atom devoted to self preservation. And it just couldn’t stand it the entire time.

The whole point is of The Girl in the Tower and the Winternight trilogy is Vasya going against gender norms of her time. Most of the book boiled down to this core idea. which is tied into the fact that Vasya really isn’t like other people around her because she can see the other side of the world, the magical side. And this seeing draws the magic and magical creatures to her. And while in general I enjoy that in a story, I just didn’t like it this time. It was so frustrating.

It felt like at every step of the book, it was Vasya going to a new event where she has to lie to fit in and do whatever she wants. Only she lies without any thought for consequences. And then she is surprised when that lie catches up with her and backfires in spectacular ways. It is like the easiest prediction ever, when it all just blows up in her face. And it’s just one bad thing after another that happens, mostly because she doesn’t have any sense of self preservation and she is railing against the entire system. But she is only one person amongst an entire nation that doesn’t care about her.

There are other parts to the story. I guess the main purpose of the book is the conflict between the Tartars and the Rus, and how the tensions between the two groups is growing. The book opens with Vasya stopping some Tartars from stealing some women. which morphs into her going to Moscow in honor – when they believe that she is a male. There is her reuniting with her family. There is Vasya and the magical side of the world having some tensions. But, this part of the story only popped up occasionally in the book.

I just really did not care for this story. The entire book was doing these things, setting up this story, and then it just felt pointless at the very end. I’m actually curious about where book three will take me simply because I disliked this so heavily and hope everything ends up okay in the end. 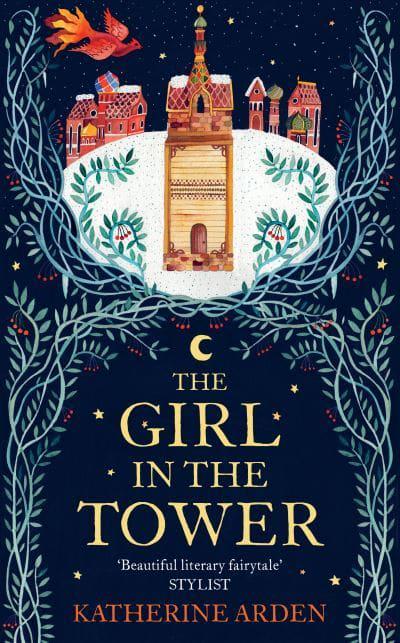 6 thoughts on “The Girl in the Tower by Katherine Arden, book two of the Winternight trilogy. 2 ½ stars.”