With the Nebula Award–winning Uprooted, Naomi Novik opened a brilliant new chapter in an already acclaimed career, delving into the magic of fairy tales to craft a love story that was both timeless and utterly of the now. Spinning Silver draws readers deeper into this glittering realm of fantasy, where the boundary between wonder and terror is thinner than a breath, and safety can be stolen as quickly as a kiss.

Miryem is the daughter and granddaughter of moneylenders, but her father’s inability to collect his debts has left his family on the edge of poverty—until Miryem takes matters into her own hands. Hardening her heart, the young woman sets out to claim what is owed and soon gains a reputation for being able to turn silver into gold. When an ill-advised boast draws the attention of the king of the Staryk—grim fey creatures who seem more ice than flesh—Miryem’s fate, and that of two kingdoms, will be forever altered. She will face an impossible challenge and, along with two unlikely allies, uncover a secret that threatens to consume the lands of humans and Staryk alike.

“So the fairy silver brought you a monster of fire for a husband, and me a monster of ice. We should put them in a room together and let them make us both widows.”

Spinning Silver is another fairy tale retelling from Naomi Novik. This time with a twist on Rumplestiltskin. Spinning Silver follows a Jewish moneylender, Miryem, who takes over for her father who is too soft hearted to chase back down his gold after he gives it away, leaving the family to suffer. Miryem has a harder heart, and she is tired of getting the short straw on everything so others can sneer at her family getting what they deserve for providing a valuable service to the town.

Turns out that Miryem actually is pretty good at this moneylender thing. She is practically able to turn silver into gold through her transactions. Enter the Staryk, who is being all fae-like and shit. And by that, I mean he’s fae. The Staryk “asks” Miryem to turn silver into gold when she brags that she can to him. And if she can do it three times, he’ll reward her by marrying her and taking her to his kingdom. Which, in Miryem’s point of view, isn’t much of a reward, but she can’t back out now.

The method Miryem goes about turning silver into gold is by inadvertently screwing over another girl. Miryem has the silver created into spectacular jewelry, sold to a father who wants his daughter, Irina, to marry the Tsar. And when Irina marries the Tsar, she finds he is possessed by a demon who wants to eat her. And she can’t let that happen.

I did have a lot of problems with Spinning Silver. There are a lot of character perspectives, and it was impossible to figure out who was actually in the lead while listening to the audiobook because the entire damn book is written in first person perspective. Which did NOT work. I spent a fair amount of the book confused who was even supposed to be speaking, because it wasn’t always obvious and the perspective switches happened so oddly. This is probably the first book where listening to the audiobook was an actual detriment to my liking of the story.

I also never really connected to the characters nor the story. The story which was extremely slow to start, and even when it finally started I just didn’t really care. I kept being curious but ultimately it didn’t go anywhere for me. I kept trying, but I should have stopped when I realized I genuinely didn’t like any of the characters or the story or anything that was going on. It’s too bad that I disliked this as much as I did. 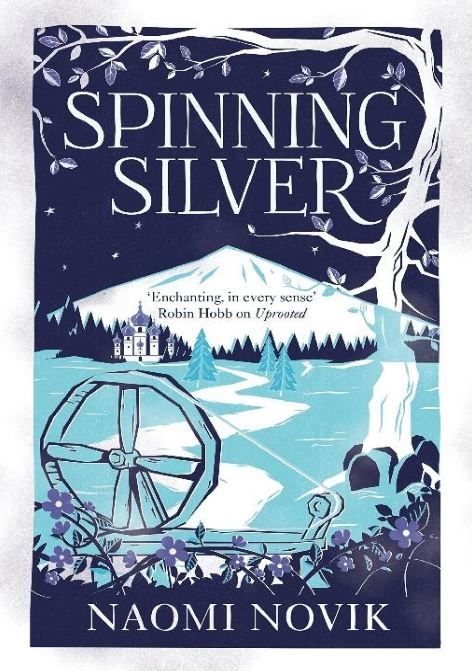