I really enjoyed writing my post last week, and now it is time for the follow-up. I had absolutely no idea that Cyberpunk had so much material on it. Including actual journal articles (with abstracts!) and textbooks. No one told me this was possible.

I will say that researching this was harder for the existence of Cyberpunk 2077. 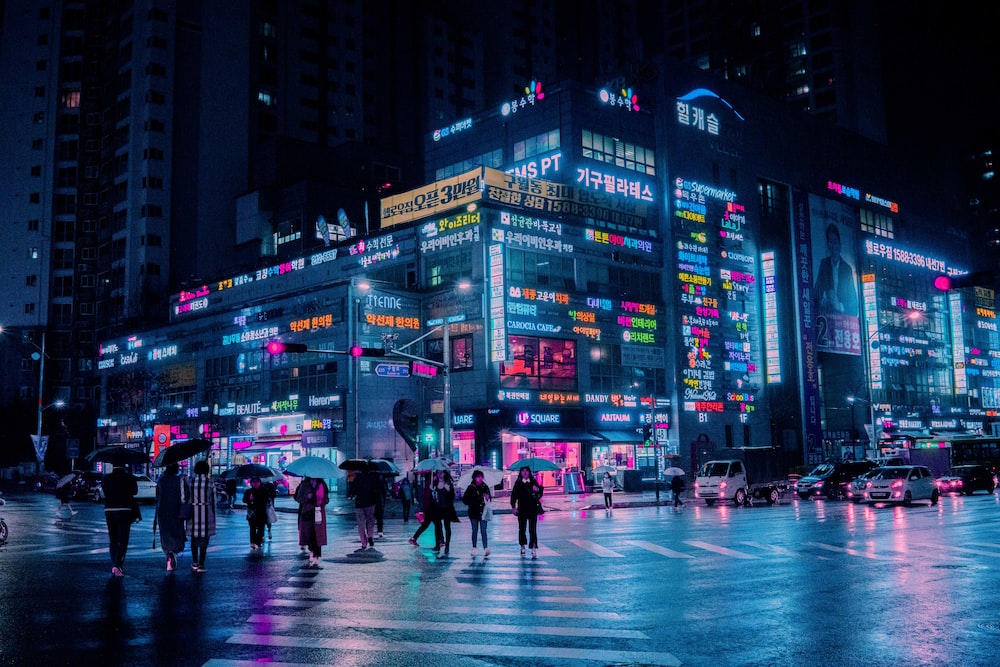 At its most basic, the word Cyberpunk has two parts; Cyber, meaning technology, and Punk, meaning a whole host of various things with negative connotations like criminal and malcontent. In my post last week, What Makes a Genre Punk, it covers the topic of punk a little better. The synopsis of which is that Punk is full of the belief of fighting against the establishment.

But you can go a lot deeper into the meaning of Cyberpunk. And lots of people have already.

Most places I see, including Neon Dystopia, have a definition of High tech, low life. Which is short and simple. Other places go more into depth.

InstallGentoo (why the heck do they have a page on Cyberpunk? Serioustalk though, this is actually a pretty good page.) includes the focus of the genre on “the conflict between hackers and corrupt governments and megacorporations, in a dystopic near-future setting.”

Wikipedia focuses on things you’re likely to find in a cyberpunk story like artificial intelligence and cybernetics as well as themes you will see, such as punk subculture and hacker culture. 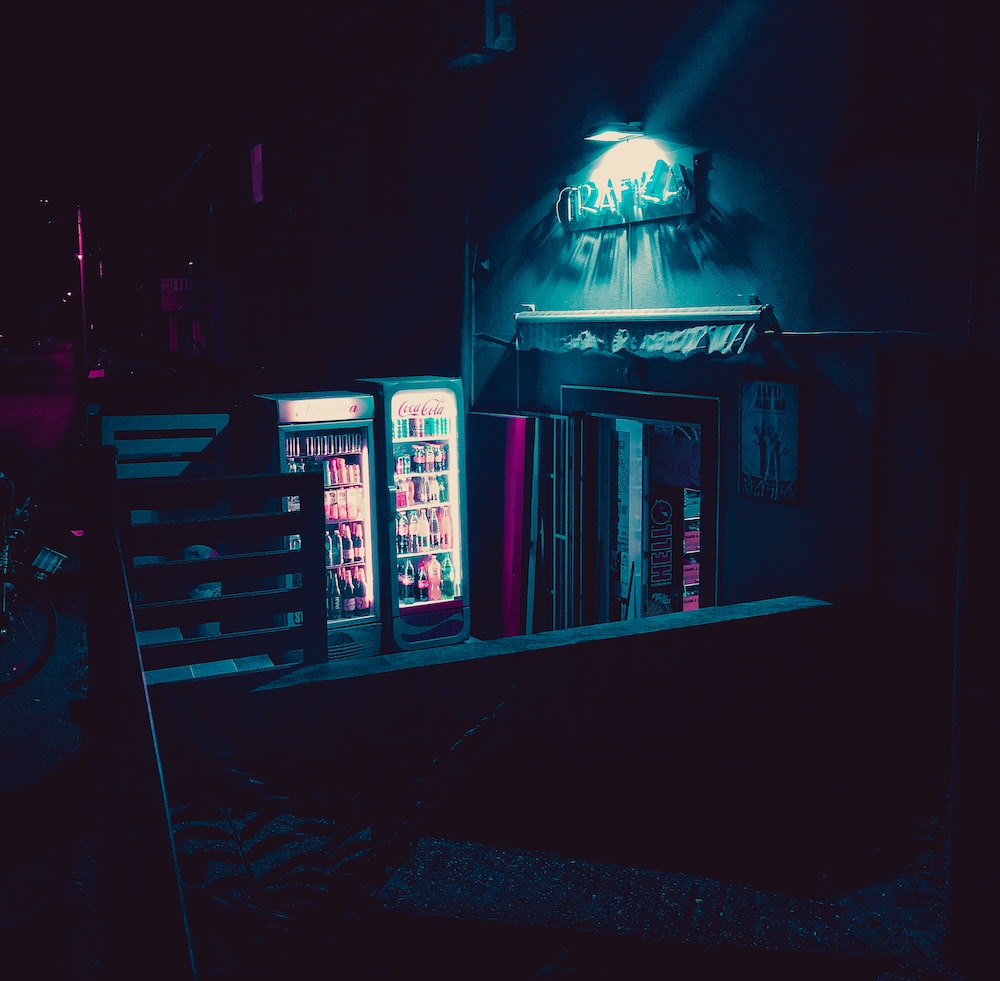 If you’re like me, right about now you’re thinking “But what else is there to Cyberpunk? That seems so simplistic.” Well, I’m getting to that.

Even in literature, Cyberpunk is very stylistic. I’m relying heavily on the article Technology As A Tool For Alienation: An Analysis Of Cyberpunk’s Core, written by Shadowlink on Neon Dystopia, for this part. The article is well worth reading and goes even further in depth on the topic. Paraphrasing here, Shadowlink suggests that the themes running through the core of Cyberpunk are futuristic tales of alienation, set in a world that is dystopian.

Hence why cyberpunk is so stylized–though the visual style, content, and themes often vary, there is one common theme (in my mind) that links futuristic tales about artificial intelligence, virtual reality, super-drugs, genetic engineering, and the synthesis of man and machine in the cyberpunk genre: alienation by way of the rapid progression of technology.

Furthermore, Adam Roberts relays in this article titled Neon and corporate dystopias: why does cyberpunk refuse to move on? by Paul Walker-Emig that “Cyberpunk is a genre that said new technologies will colonise our bodies and interpenetrate our lives, like Molly in Neuromancer with her sunglasses literally inset into her face.” And these little things are what take you into the world of Cyberpunk. 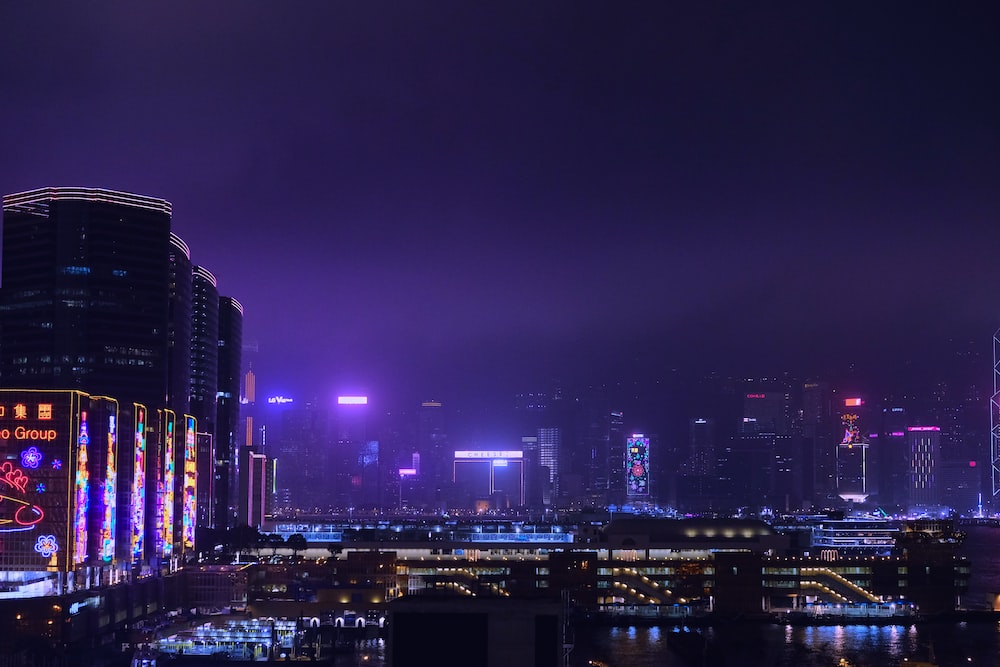 And Cyberpunk is more than just technology. It is also about politics. Dante Douglas over at Paste wrote “Early, seminal cyberpunk novels and short stories of the 1980s saw the future as a bleak one, populated by megacorporate structures that would eventually dwarf the nations that birthed them.” A sentiment that the genre hasn’t really moved on from, even today.

In fact, the genre is inherently dystopian and thus political. Mike Pondsmith, for an article on VGC explaining Why Cyberpunk is ‘inherently political’ says “Basically, it’s all political but a big part of what Cyberpunk talks about is the disparities of power and how technology readdresses that,”

And if you’re thinking “Wait, this kind of sounds like the world now?” You’re not alone.

The Start of Cyberpunk: 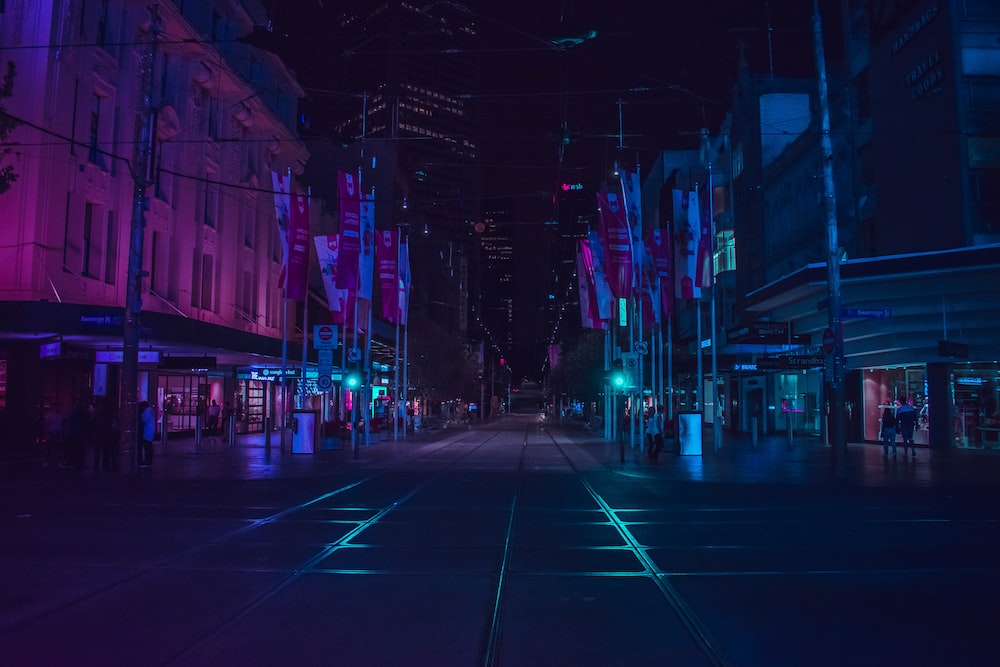 To backtrack a bit. From my post last week on What Makes a Genre Punk: Bruce Bethke wrote a short story called Cyberpunk in 1983, entitled by looking to combine a word for technology and a word for troublemaker; thus Cyberpunk was born. It was, of course, not the only work written at the time with a similar concept, but it is what helped coin the term. For example Philip K. Dick wrote Do Androids Dream of Electric Sheep earlier than Cyberpunk. Then William Gibson came around with Neuromancer a year later, which became the real groundwork of the genre. A lot of the genre is based off the tropes of Neuromancer.

The genre burned hot and it burned fast. I found at least one article (The Arc of Our Destruction: Reversal and Erasure in Cyberpunk), from nine years after the “start” of cyberpunk, saying that “Cyberpunk is dead.” Throughout my research I kept coming across this concept, that Cyberpunk was declared over shortly after it started. But that obviously wasn’t the case. The genre has moved on, and while it may not have the super popularity of those early days, it is still popular. 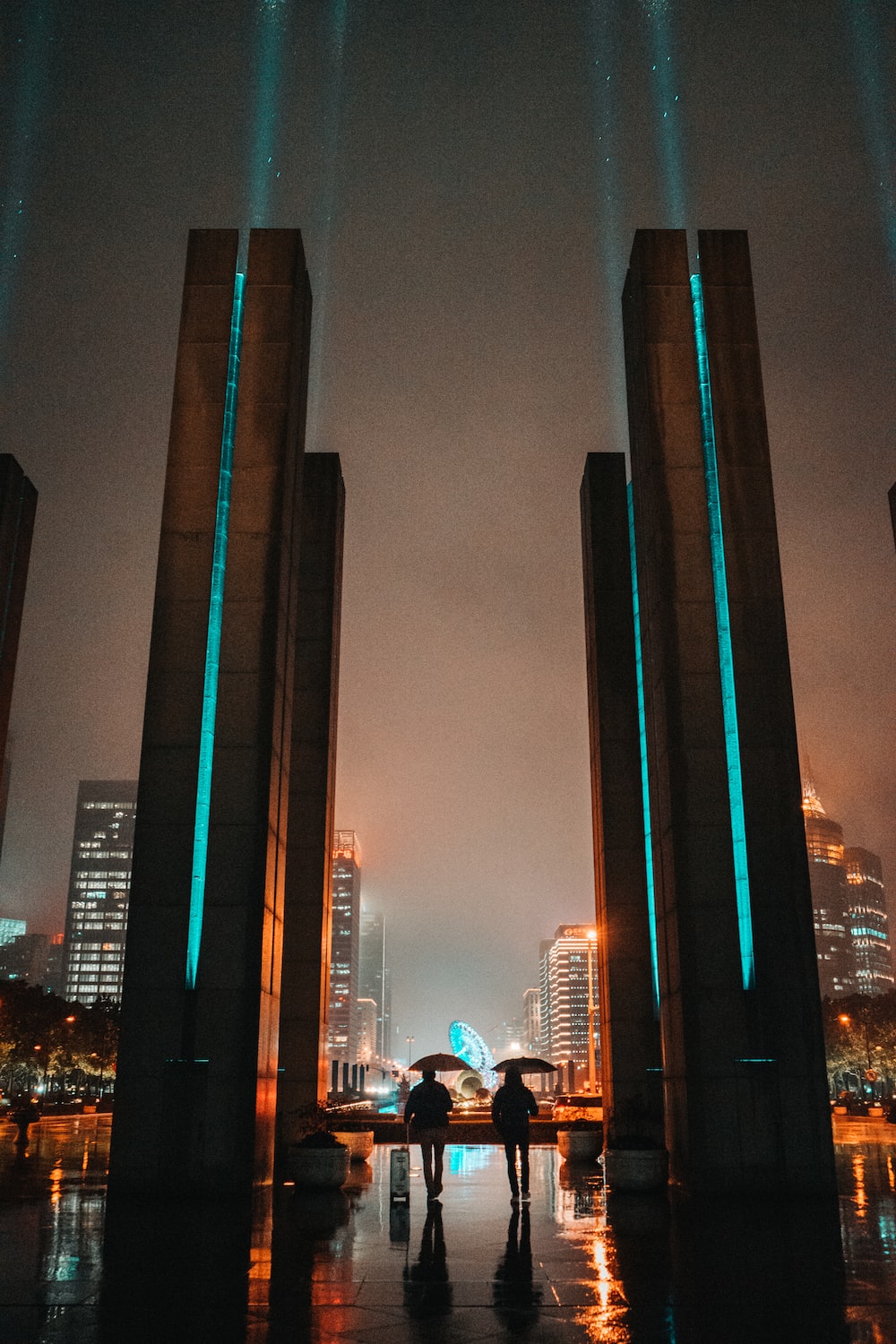 It seems that there are people trying to differentiate between older Cyberpunk and modern day examples in the genre. Going back to Technology As A Tool For Alienation: An Analysis Of Cyberpunk’s Core, Shadowlink differentiates by the presentation of the technology. He says that in the original wave of Cyberpunk, futuristic technology is warped towards a pessimistic outlook, but the second wave takes technology we are more familiar with, and makes it creepy and uncomfortable.

Jonathan Howard writing for Medium has an alternative, but not entirely competing, view. Jonathan agrees that the first wave of Cyberpunk warns against the technology of the future. But he also says we have moved past that stage, because it is already here in our lives today. So what differs slightly from the first is what he has to say about a New Wave of Cyberpunk:

I claim this is the underlying principle of New Wave Cyberpunk: our relation to technology of the present is so complex and ineffable, speculating about the future is redundant. Cyberpunk has always been describing a loss of cognitive mapping, an ever persistent sensation of the postmodern condition.

I think in the coming years, we’re going to be reading more about this “new Cyberpunk”. 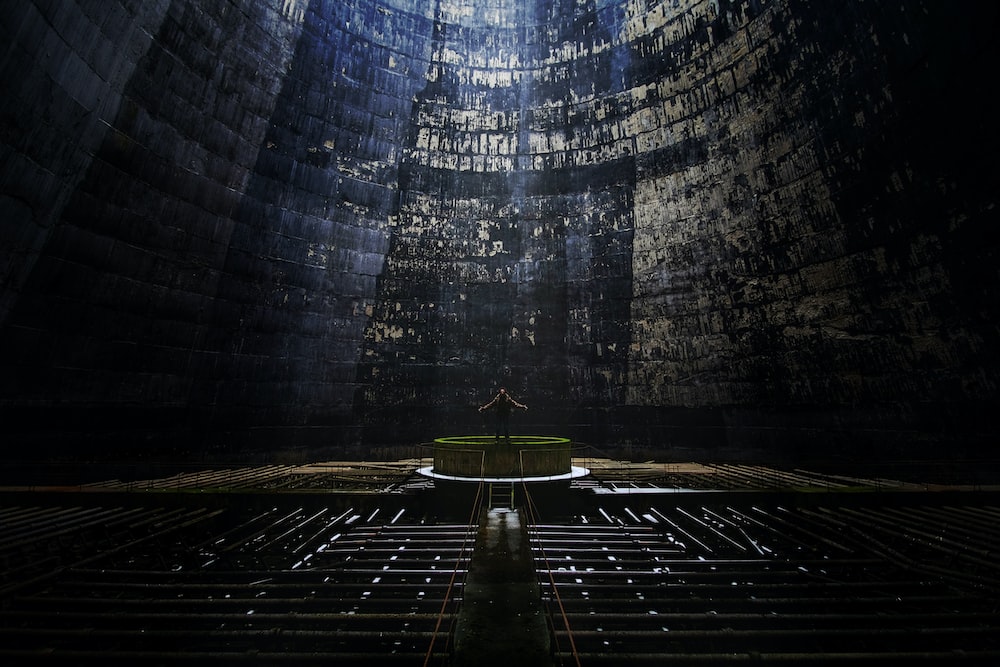 It is hard to talk about Cyberpunk without talking about Post-Cyberpunk. In part because I don’t have enough content for another post like this for this particular subsect of the subgenre so I might as well get it in now.

TV Tropes has a good page on Post-Cyberpunk, and I’ve found a consensus in the other sources I looked at, too. This subgenre is a less pessimistic version of Cyberpunk, where both sides have good qualities and the goal is more likely to have a positive change in technology instead of the destruction of society as the characters know it.

Isaac L. Wheeler, writing for Neon Dystopia, wrote and article titled Cyberpunk, Post-Cyberpunk, and the Maturing of a Genre. In it, Isaac goes more into depth. Post-Cyberpunk ditches the outsiders of Cyberpunk for people who are enmeshed in the system. “Stories are often less about overthrowing or demolishing these corrupt systems but rather changing them for the better from within, rather than from without.”

…I should read Neuromancer.

Also: there is sooo much more to the genre than what I have written here. I encourage you to read the links I have posted and look further if you’re at all interested.

Here are some things that I didn’t get a chance to read or incorporate but I thought were interesting.

–Decrypting Dystopia: How Cyberpunk Corrupted The Space Opera
–Decrypting Dystopia: The Cyber Noir Spectrum
–How Cyberpunk Predicted the Future of Work
-Threats in Futuristic Technology: An Analysis in Cyberpunk
-The Future of a Commodity: Notes toward a Critique of Cyberpunk and the Information Age (L’Avenir d’une marchandise: notes sur Cyberpunk et l’Ere de l’Information)
–Cyberpunk and Cyberculture: Science Fiction and the Work of William Gibson.
–Cyberpunk Women, Feminism and Science Fiction: A Critical Study
–Brain Sex, Cyberpunk Cinema, Feminism, and the Dis/Location of Heterosexuality