I feel like in some ways I’m treading ground already tread last month when I wrote about Low Fantasy. I’ll try and make this interesting and different from last month’s post. I may succeed.

I can say that while researching this post, not a lot changed. There were some surprises along the way, but mostly it was still people trying to define High Fantasy based on X, Y, or Z values in Lord of the Rings that weren’t actually in Lord of the Rings. I’m starting to wonder if anyone defining high fantasy using LOTR has actually read the series.

High Fantasy Addict makes a good point in saying that it is easy to become dissatisfied with a definition for High Fantasy. They say that definitions are either “too specific and excluded many important works, or have been too vague which would include a lot of novels clearly not High Fantasy. When it comes to defining High Fantasy, it seems best to apply the old axiom of ‘I know it when I see it’.”

And indeed many long time readers of fantasy have a definition of High Fantasy that they use. I personally don’t know when I first heard the term, it is just something that has always been around. I’ve always ‘known’ what it was. Which has led to me finding some amusing discussion posts on forums and other websites about people talking about what high fantasy is and everyone calling each other wrong.

Let’s dive into what people say about High Fantasy, shall we?

Almost universally, when describing High Fantasy people talked about the setting. Which contrasts Low Fantasy, which had nearly as many definitions as people trying to define it. With High Fantasy, mostly people talked about it taking place in a secondary world, or a world not our own. As The Azrian Portal says, “High fantasy […] is entirely out of somebody’s own mind”. What I really like from them, though, is how they speak about High Fantasy not needing a “pure fantasy” setting. That something like Star Wars could be categorized as High Fantasy because “it just has to be something that does not, and cannot, exist.”

There is also a high instance of corresponding High Fantasy with Fairy Tales, Myths, and Legends. Many High Fantasy stories draw inspiration from stories of old. I really like the way Natasha Pulley put it in the Guardian article Fantasy cannot build its imaginary worlds in short fiction:

At its heart, high fantasy is what happens when a fairytale-style plot is sufficiently elaborated upon. The magic is explained and systematised; where a fairytale says, “there was once a witch”, fantasy explores what witches are and where they come from, how they live, the culture of witchcraft. It builds its reasoning from the ground up, brick by brick. It becomes sprawling and densely populated because often it isn’t about a unifying plot, but a common world. Everything else about high fantasy is shared with fairytales – settings, objects, stereotypical characters, stereotypical plots. It’s world-building that separates them – and, therefore, length.

There is, however, one place I found that denies using setting as the defining characteristic. Home of High Fantasy says instead it is the style in which the story is told that makes a story High Fantasy. Namely, whether it is told about the Noble, rather than the ignoble. Meaning that it is told from the Hero’s perspective, who has noble intentions, and not the enemy’s perspective with bad intentions. I really, really liked this take on the genre and I cannot wait until I get to my post on Dark Fantasy and Grimdark to see if I can go further with this idea. 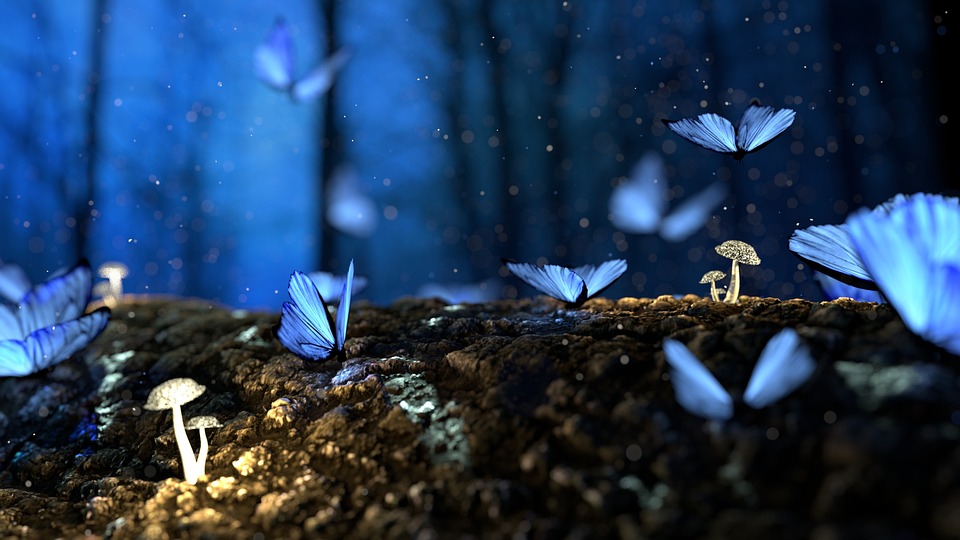 There is more to a story than setting, however. The characteristics is where I saw the most contention, even though most agreed. And that is mostly because of what to me feels like genre combining. More on that in the next section.

Here is some of the themes I found, when people talked about characteristics of High Fantasy:

The big thing I saw was “The Hero’s Journey” or Quest. Fandomania goes into it in depth:

There is a hero, sometimes of humble origins, who must rise above his or her circumstances and is compelled to act by conditions and/or events outside of their control. We see this character grow up and become someone great, defeat the odds, and challenge the evil and corrupt.

The idea of good vs. evil is very big in High Fantasy. There is always some terrible, dire consequences if the hero fails.

There is also a lot of talk about the magic. Best Fantasy Books says High Fantasy is “a story that includes a well drawn world where magic follows a very specific set of rules. Those rules may be different from the real world, but they are consistent.” Elsewhere, they also state that magic is a commonplace tool, a commodity, that must be used wisely.

There were some lesser acknowledged characteristics. Like non-human races, which is common in stories but less talked about when defining. Also the medieval technology and worlds. TV Tropes has a whole list of other themes associated with High Fantasy.

What surprised me a lot was how often people said that High Fantasy and Epic Fantasy were the same thing. Which I have never thought of as true before. I have always considered them to be two separate, but very similar subgenres. I’m going to be talking about this more in next week’s post. Apparently.

This didn’t only happen with Epic Fantasy, either! Heroic Fantasy was another that seems intrinsically linked. And there were a few others that were talked about in almost the same breath. Which makes me wonder. Can High Fantasy exist just on its own? If High Fantasy cannot exist on its own, can it even be a genre? Or is it a genre precisely because it needs more to become something? I’m mostly musing, here, and basically going back to my very first post in this series: What is a Genre?

The Opposite of High Fantasy:

To many, the natural opposite of High Fantasy is Low Fantasy. This is pretty much the case everywhere you look. I even structured these posts back to back, relatively, because I thought of them as opposites.

However, if you think about it in terms of setting, as many do, is the primary world and secondary world really opposites? If you go off the definitions that describe level of magic use, which it appears no one outside of low fantasy does, I suppose they could be opposites. Yet the stories themselves often have two opposing sides fighting each other. High fantasy clearly fights against evil, while Low fantasy has some fights between typically two forms of gray morality.

I’ve got a new favourite opposite of High Fantasy, though. If we go back to what Home of High Fantasy says, that High Fantasy is about the noble, then that means the natural opposite is… Grimdark! The more I think about this the more I love this idea. Grimdark is built of darker characters trying to fuck shit up, typically to their own, often ignoble, goals. This is an idea I can get behind! 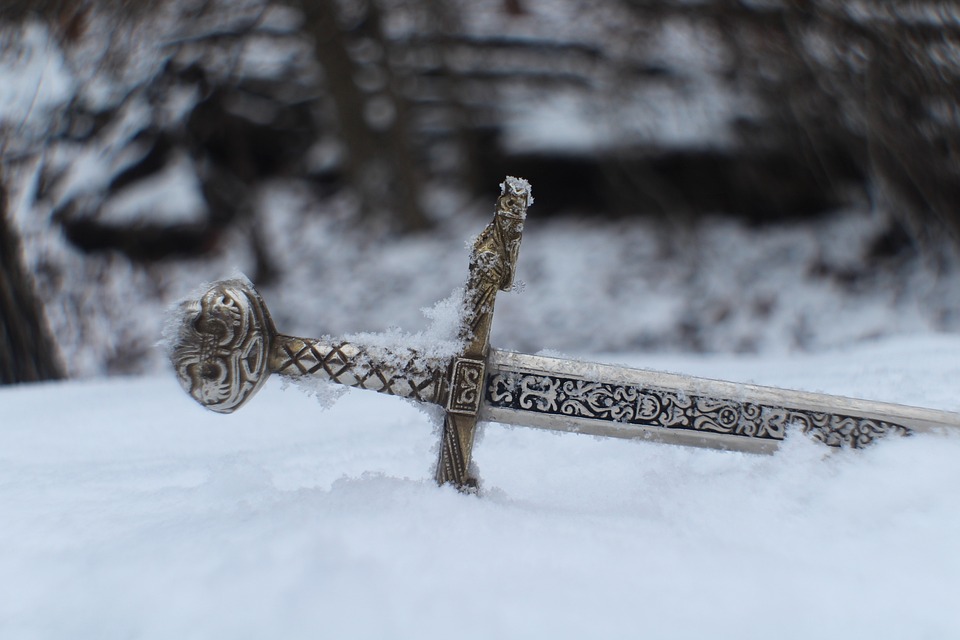 I very rarely bring up marketing because it is the background to every discussion post I make. It is all about marketing. Different ways to present things so people can find what they like and buy it.

But when was the last time you saw something being advertised as ‘High Fantasy’? It isn’t common anymore. When you do see it, it tends to be by smaller authors doing most of their own advertisement. Maybe even a holdover from their younger days. Content in Fantasy brings this up. As dtyce says, ‘High Fantasy has kind of fallen out of term, and has likely evolved into the term Epic Fantasy, which is why the two terms are considered to be interchangeable.’

This section is serving as a conclusion, because while researching this, I could only think of one thing I was taking away from all of this: High Fantasy, Low Fantasy, and other fantasy terms are terms being used to keep ‘others’ away.

We even have terms we had to create to define other terms, like secondary world and primary world. Which I think I took for granted that people would just know and understand when writing these posts. And we have other terms, like portal fantasy, to bridge the gap between the two. And we haven’t even come up with other terms to describe what happens when we have a secondary world inside a primary world, like as happens in Harry Potter. Unless it is called a Masquerade, which I have never seen on a single link describing this phenomenon. Which is many.

Yet fans of fantasy keep holding on to these genres, despite all of this confusion. Because if you know what it is, you’re a fan of fantasy. If you don’t, then good luck figuring it out. And the subtext is “we don’t want you”. Which for many (though unfortunately not all) isn’t true, but it is easy to read it that way.

Maybe I’m wrong, maybe this isn’t the case. But you would think that after reading fantasy for over 20 years, and seeing a little bit of it all, I would find these posts easier to write. They just keep getting harder. 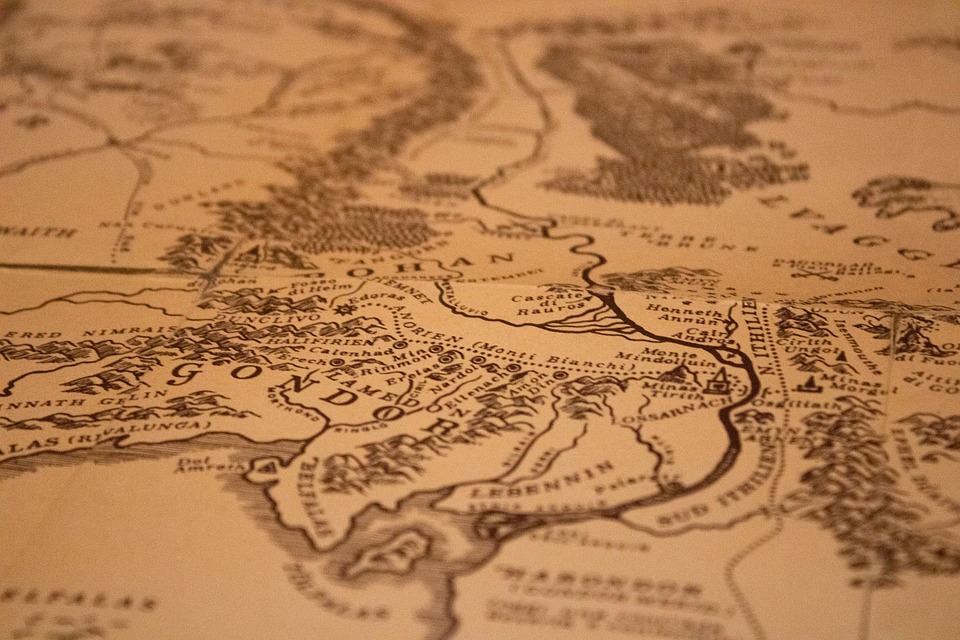 This is my hill and I’m willing to die on it. Middle Earth isn’t a secondary world. Every time I saw the argument that Lord of the Rings was High Fantasy because it took place on a different world, I died a little. Here is an interview in Tolkien had with the BBC in 1971 talking about this:

D. Gerrolt:: I thought that conceivably Midgard might be Middle-earth or have some connection?

J.R.R. Tolkien: Oh yes, they’re the same word. Most people have made this mistake of thinking Middle-earth is a particular kind of earth or is another planet of the science fiction sort but it’s just an old fashioned word for this world we live in, as imagined surrounded by the Ocean.

J.R.R. Tolkien: No … at a different stage of imagination … yes.

Maybe we just need yet another term to describe ‘Earth, but reimagined’. Unless there is one already.