An odd month to be sure. I’m not even certain what all happened with my reading in the month of June 2015. It looks all over the place.

The Innkeeper Chronicles by Ilona Andrews

I love everything Ilona Andrews writes. The Innkeeper Chronicles is the authors’ series of love. By which I mean they published it themselves because they knew getting a publisher to publish it would be difficult because it fits nowhere and they wanted to write it anyway. And it really fits nowhere. A cross between urban fantasy, space opera, and romance, this series has elements of just about everything. And it is so much fun. I have reviews for the entire series, and they start posting July 1st.

I actually already reviewed this series in full, you can see them on the series hub HERE.

I enjoyed this series. It was definitely not the best I have ever read, but it was fun. The true highlight of the entire series was the relationship between the main character, Julianna, and her husband Thomas. At the beginning they are estranged, but they grow to have a great relationship and I really like them. Otherwise the series is a mix of stereotypical UF mysteries and some really interesting worldbuilding. 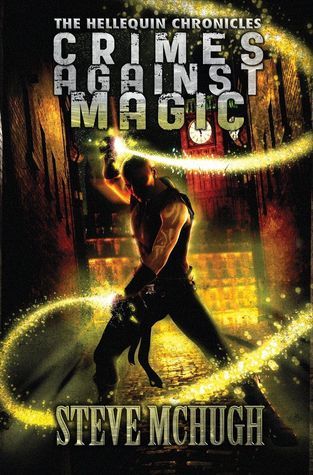 I don’t have reviews for this series. Hellequin Chronicles is one of those series I put on pause while I waited for the series to be over, and I just never got back to it when it did. And as of right now, I can’t say I ever will get back to it. It just wasn’t for me. The entire series, at the time of reading it, felt like a bait and switch. I started the series based off the premise in the first book, where the main character, Nate, lost his memories and who he was as a result. You just knew he was something.

Unfortunately, that mystery got wrapped up really quickly at the end of the first book. And then Nate just went back to being who he was before he lost his memories. I did not care for that. Especially because who he was before was so stereotypically urban fantasy: he was some super powerful person who did basically what he wanted but had a moral code he followed, even if it wasn’t what you and I would follow. The series featured a lot of people and places history loves: Avalon, Hades and Persephone, and I could go on but I read this five years ago and I forgot. I just have no drive to return to this series. It wasn’t bad, just not for me.

One thought on “June 2015: A Retrospective Look”